Megan is a proud member of many amazing orchestras and ensembles. Below is some information about her main ensembles:

Rarescale was formed in 2003 by Carla Rees, and has gained an international reputation for its work in promoting the alto and bass flute. Megan recently joined Rarescale Flute Academy in September 2017 on alto flute, an instrument which she has been in love with for a while. “The flute academy was formed in 2007 to provide opportunities for advanced flute players to develop performance skills on the alto and bass flute, as well as providing experience in organising concerts and promoting events. Senior members of the Academy perform in concerts in London and the surrounding area, as well as providing music for functions and professional engagements.”~ http://rarescale.org.uk/section468037.html

Orquesta D’os Oncas was originally a project in February 2017 at Trinity Laban Conservatoire of Music and Dance. Students from Trinity Laban collaborated with the Native South American Folk Ensemble INCA, made up of Anna Noakes, Julie Murray, Gary Kettel, Grant MacFarlane Dowse and Tony Hinnigan. Together with INCA we made a band of around 20 members, naming ourselves Orquesta D’os Incas. This project was only meant to take place at Trinity, however the student members enjoyed it so much that we decided to become our own independent Latin American band. For more information on either INCA or Orquesta D’os Incas, please follow the links below: 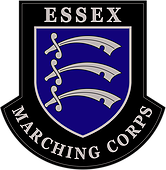 Founded in 2003, Essex Marching Corps is a charity funded youth marching band based in Benfleet, Essex. Their objective is to produce high quality music making is for all youngsters regardless of ability, financial means or family situation. EMC has performed for many amazing events such as the Opening Ceremony for the Olympics 2012, and the St Patricks Day Parade in Dublin, 2016. From 2015-16 I taught the flute at EMC, and performed with them on piccolo. I am now a guest performer with EMC, helping out whenever I can. If you would like more information about Essex Marching Corps, please visit: https://www.essexmarchingcorps.co.uk/