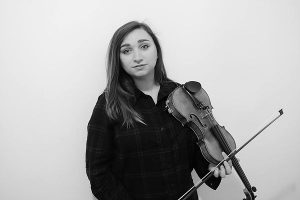 “Playing in CSO has been a wonderful experience. It’s an exciting and upcoming new orchestra and it’s been a joy to work with Meg on repertoire which isn’t played in a normal symphony orchestra setting”

“Being a part of the orchestra is such a thrilling experience – it’s wonderful to be able to play with good friends and play the finest film music there is. Film music in itself I think is one of the greatest genres of music today – it consists of so many styles, from battle-style to to sombre-style. Music plays such a huge role in films because it’s able to capture every mood conceivable and has everyone on the edge of their seats no matter what the atmosphere in the film”

“Music is such an emotive art form and it has the ability to convey compelling narratives and emotions more effectively than perhaps any other art form. This is especially true when it comes to film music. Film music takes you on the same journey as the characters and allows you to feel what they are feeling, experience what they are experiencing. The music enables that extra, deeper connection for the audience and the film would not be the same without it. That’s why it has been such a joy to be a part of CSO, to be able to perform these universally loved scores and see the delight on the faces of the audience as we brought their favourite films to life, it was a real pleasure.” 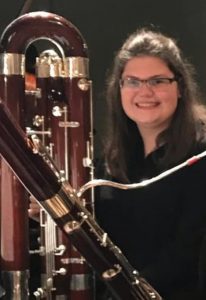 “Having the opportunity to inspire young people by playing fun, interesting film music is a wonderful experience and one every musician should get to do. I am honoured to be part of CSO and being part of hopefully shaping children’s futures to include more music.”